Paraiba tourmaline is one of the most valuable and sought-after gemstones in the world. The reason for this is the extraordinary brilliance and color of the turquoise-blue crystal. Its "Electric Blue" or "Lagoon" hues seem almost otherworldly.

It was first discovered in the late 1980s in the state of Paraiba in Brazil. Tourmalines are among the minerals with the greatest variety of colors, but they had previously never been found in turquoise. Usually it is elements such as iron, manganese, chromium and vanadium that give tourmalines their specific color. Paraiba tourmaline owes its intensely bright color to the element copper, which has never before been observed in a tourmaline. Thus, the color spectrum of Paraiba tourmalines ranges from intense neon blue to shades of turquoise to bright green. The stone reveals the extraordinary vivacity of its color only once it has been cut. When faceted, it sparkles with unparalleled brilliance. 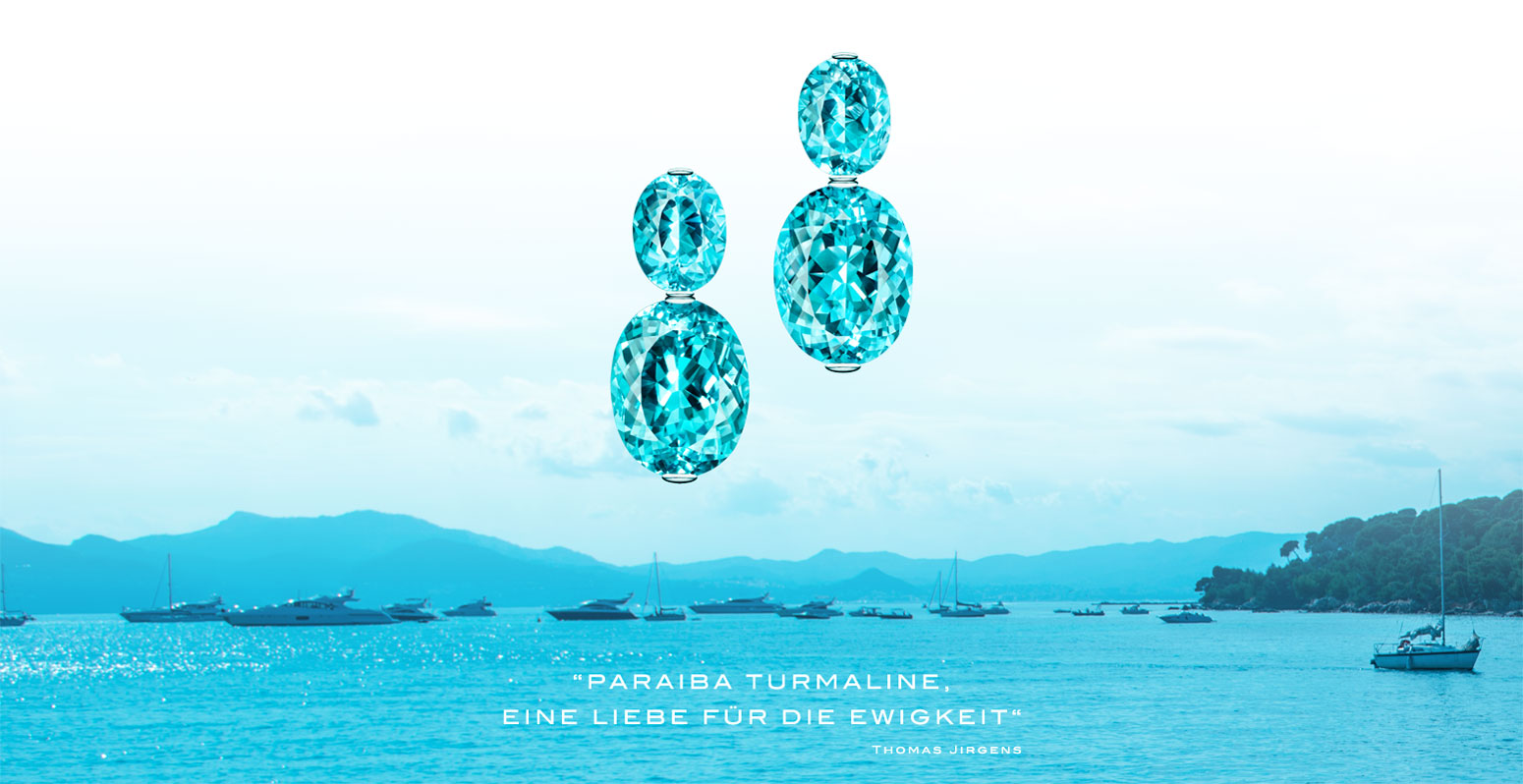 In 2005 a new location of Paraiba tourmalines has been discovered.
They were not quite as bright as their siblings in Brazil,
but have so far been the only successors of the long exhausted mine in Paraiba. 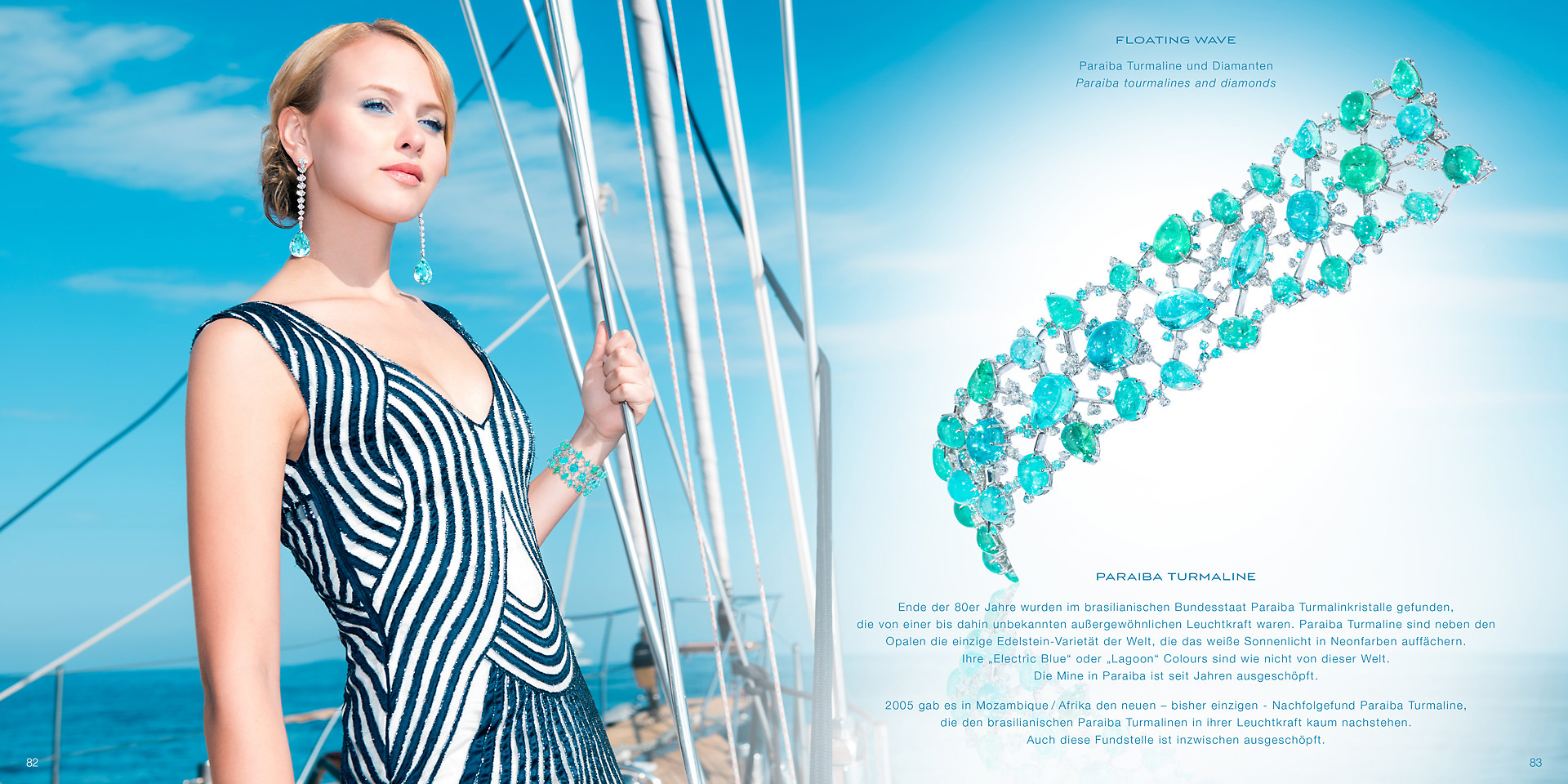 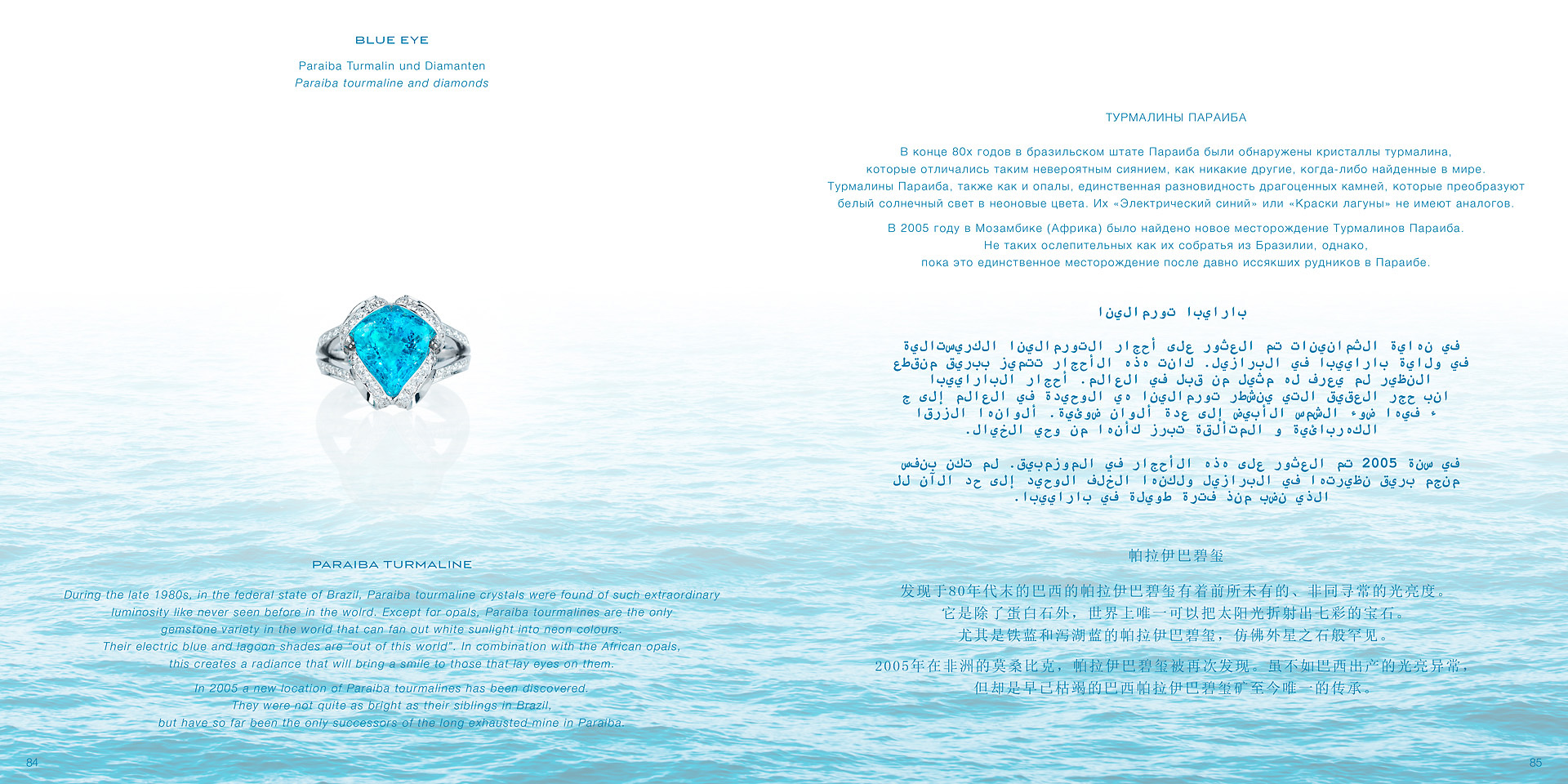 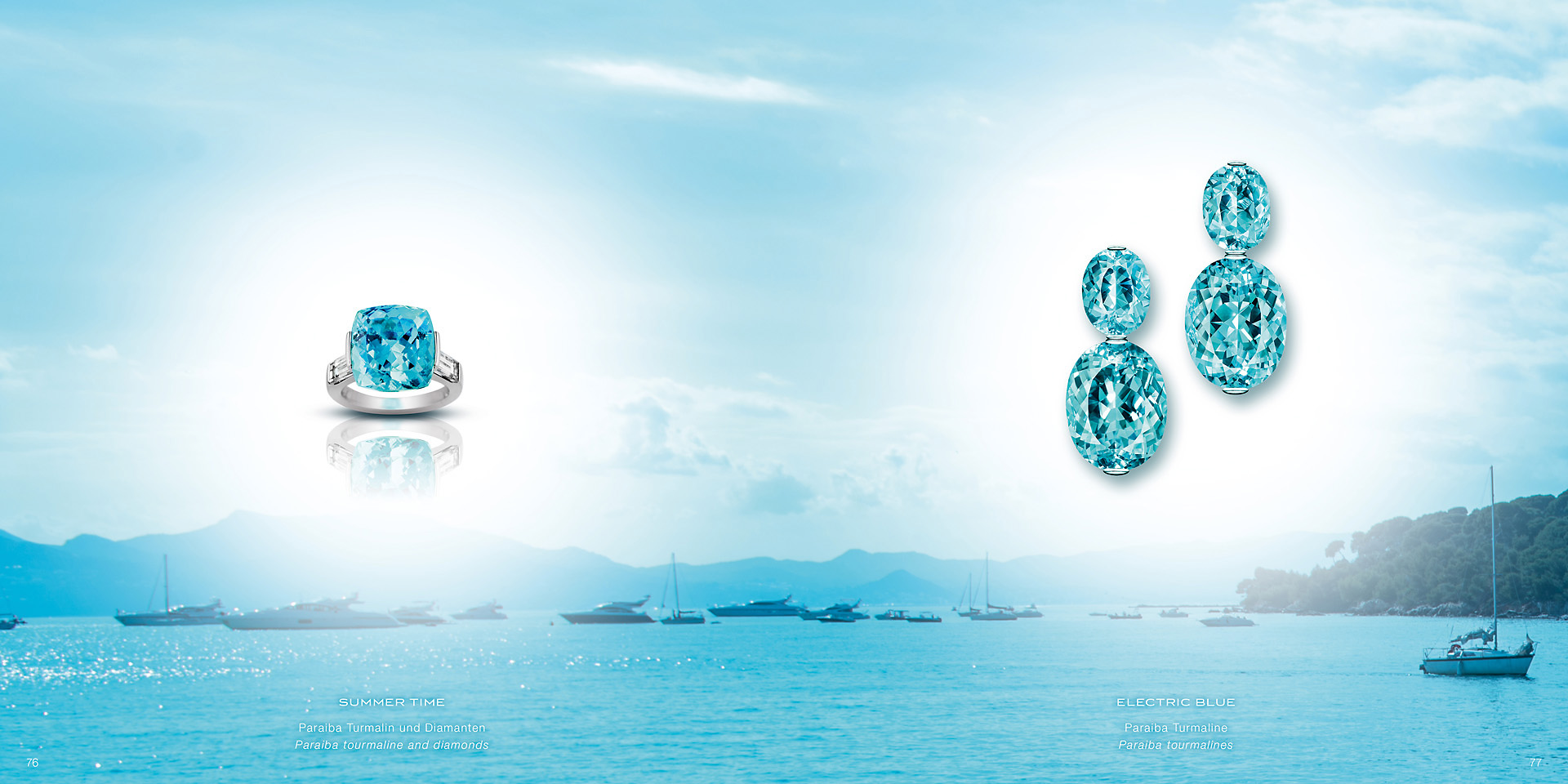 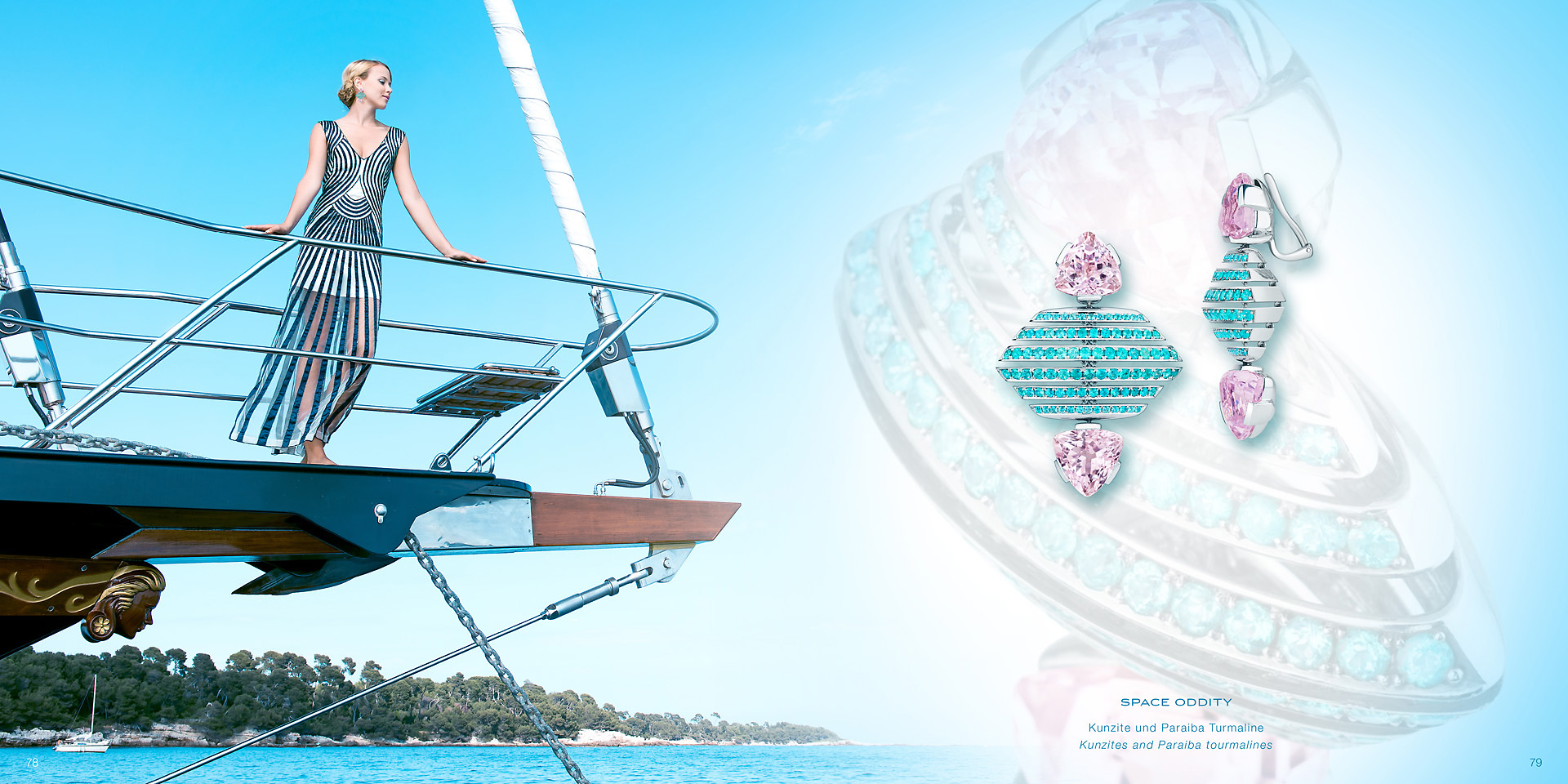 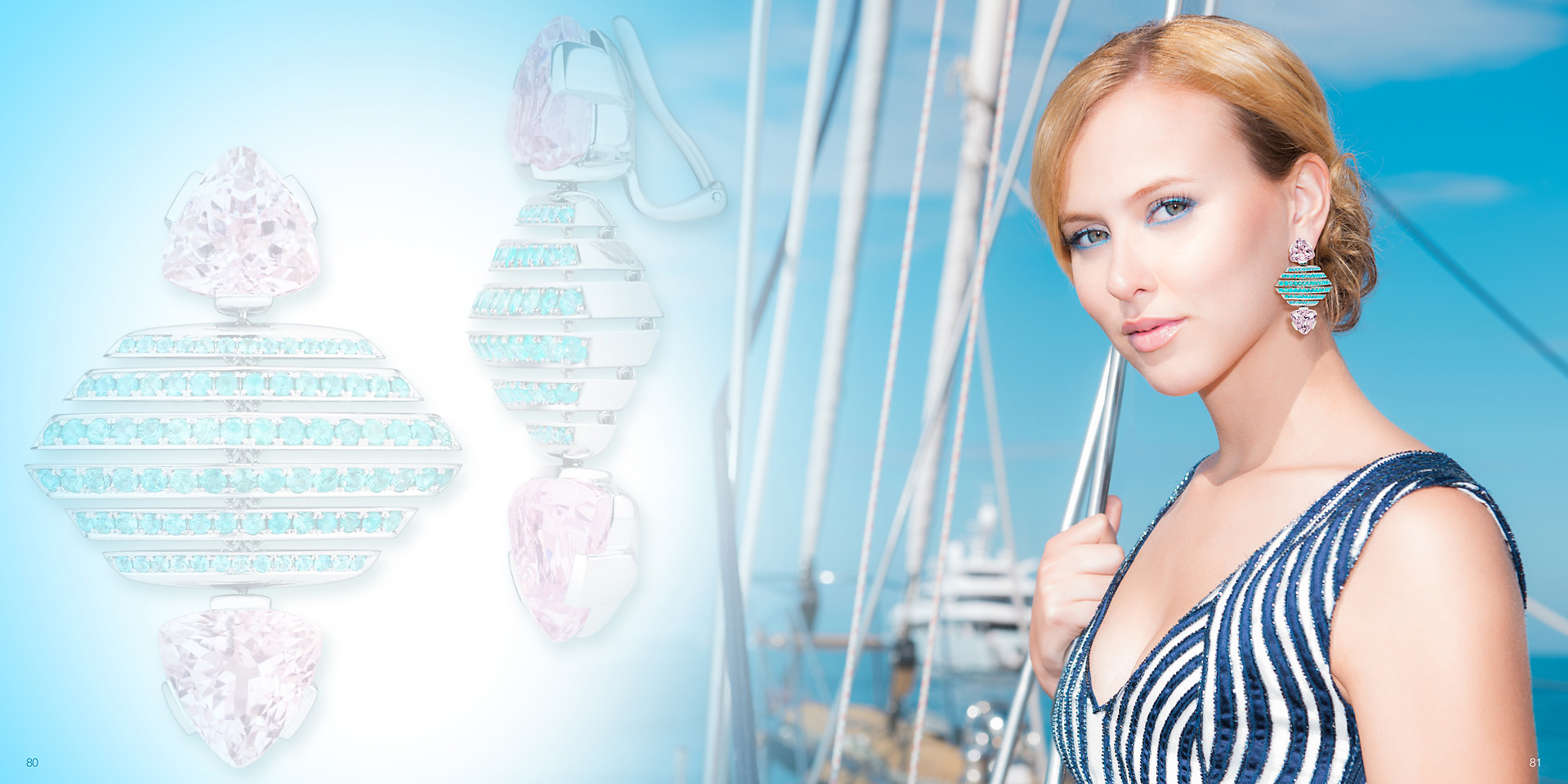 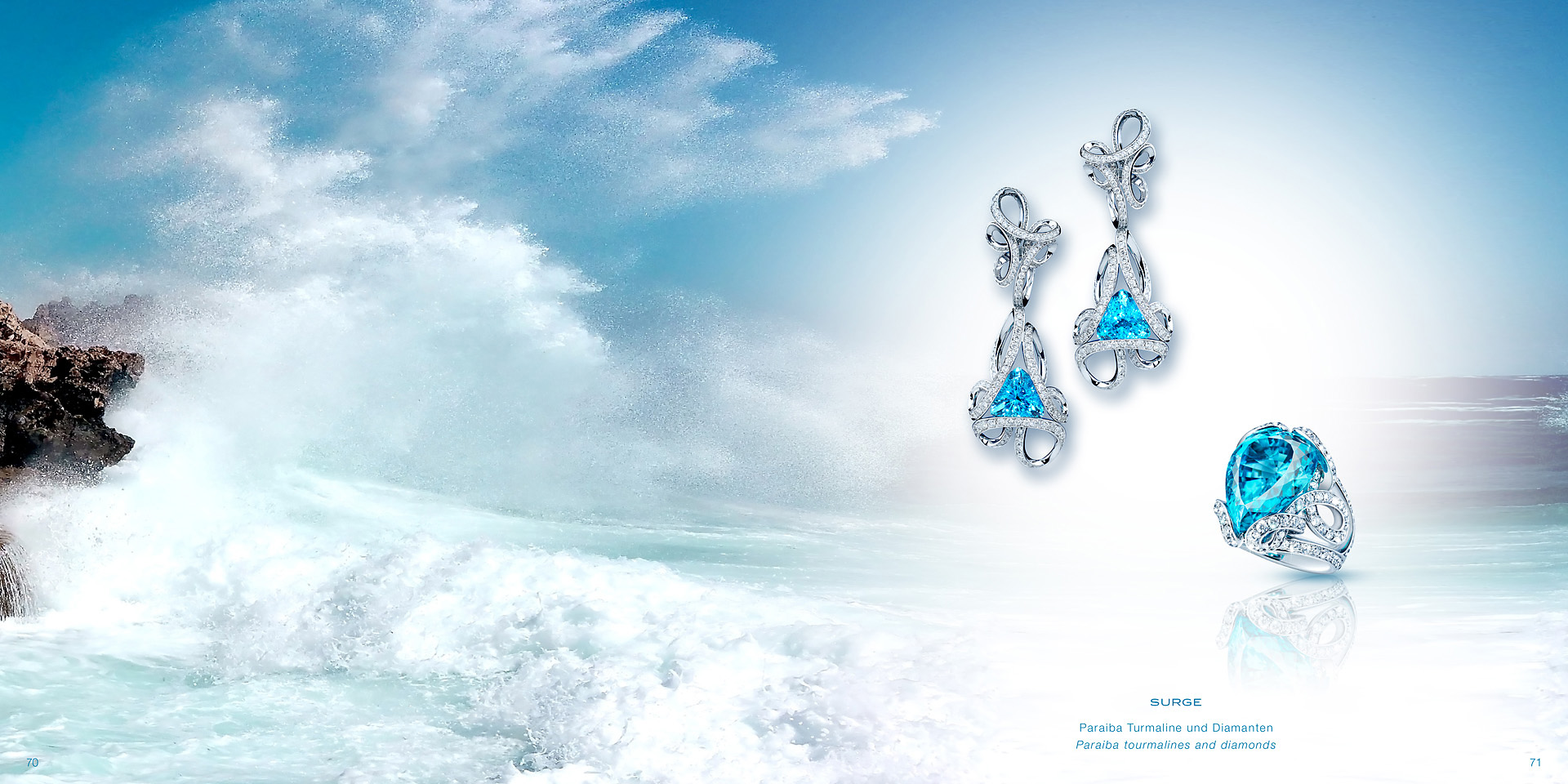 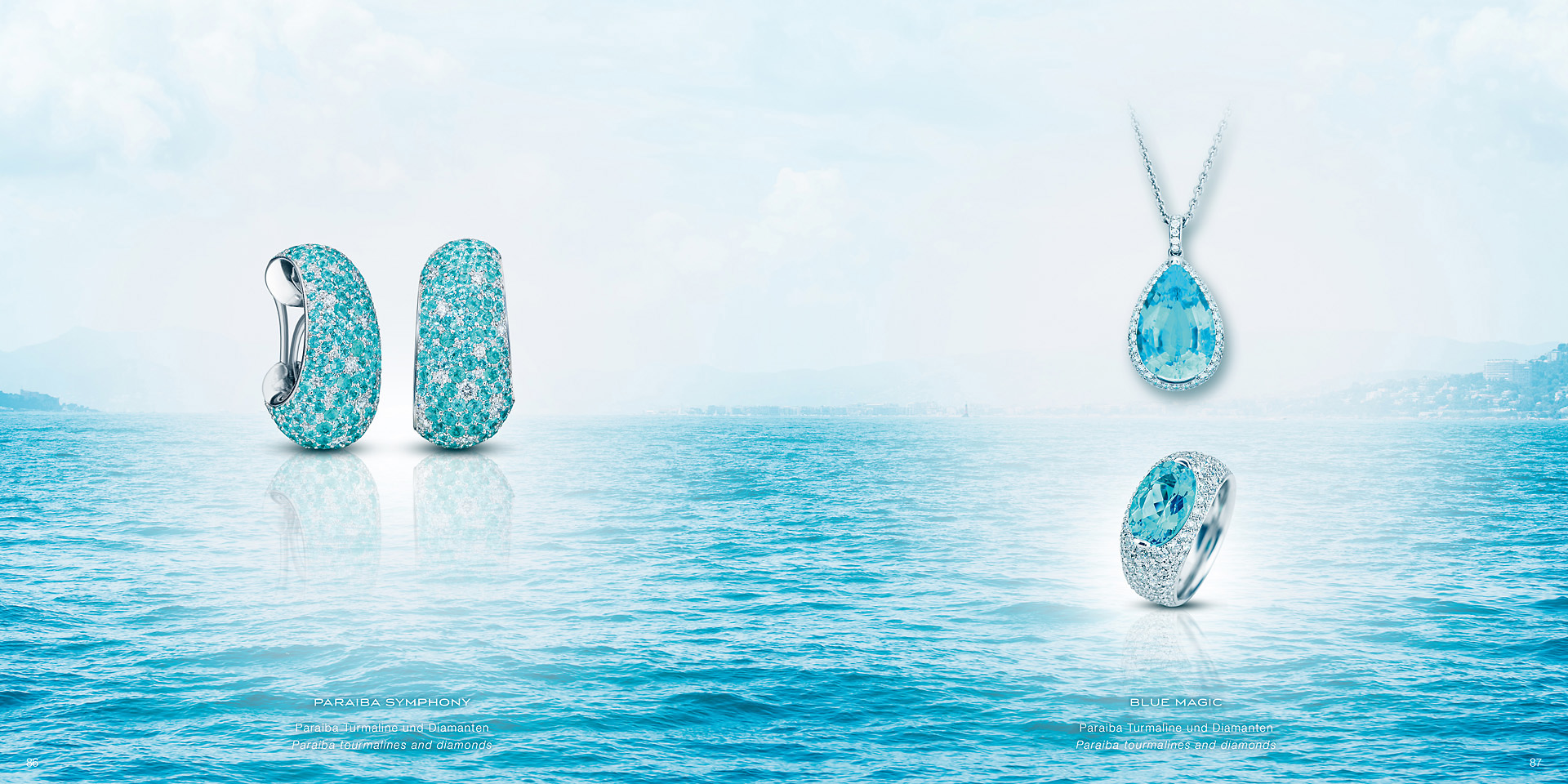 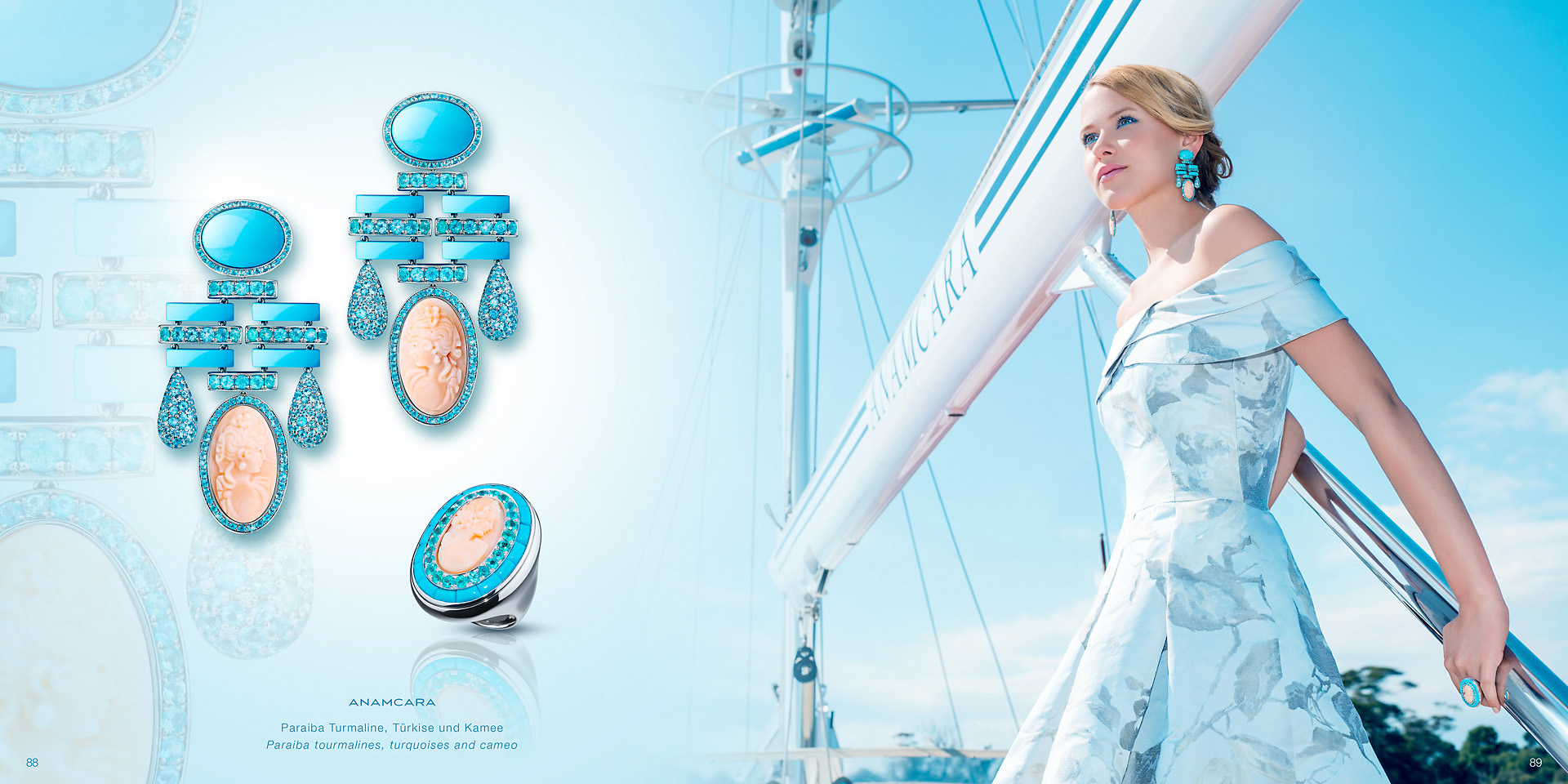 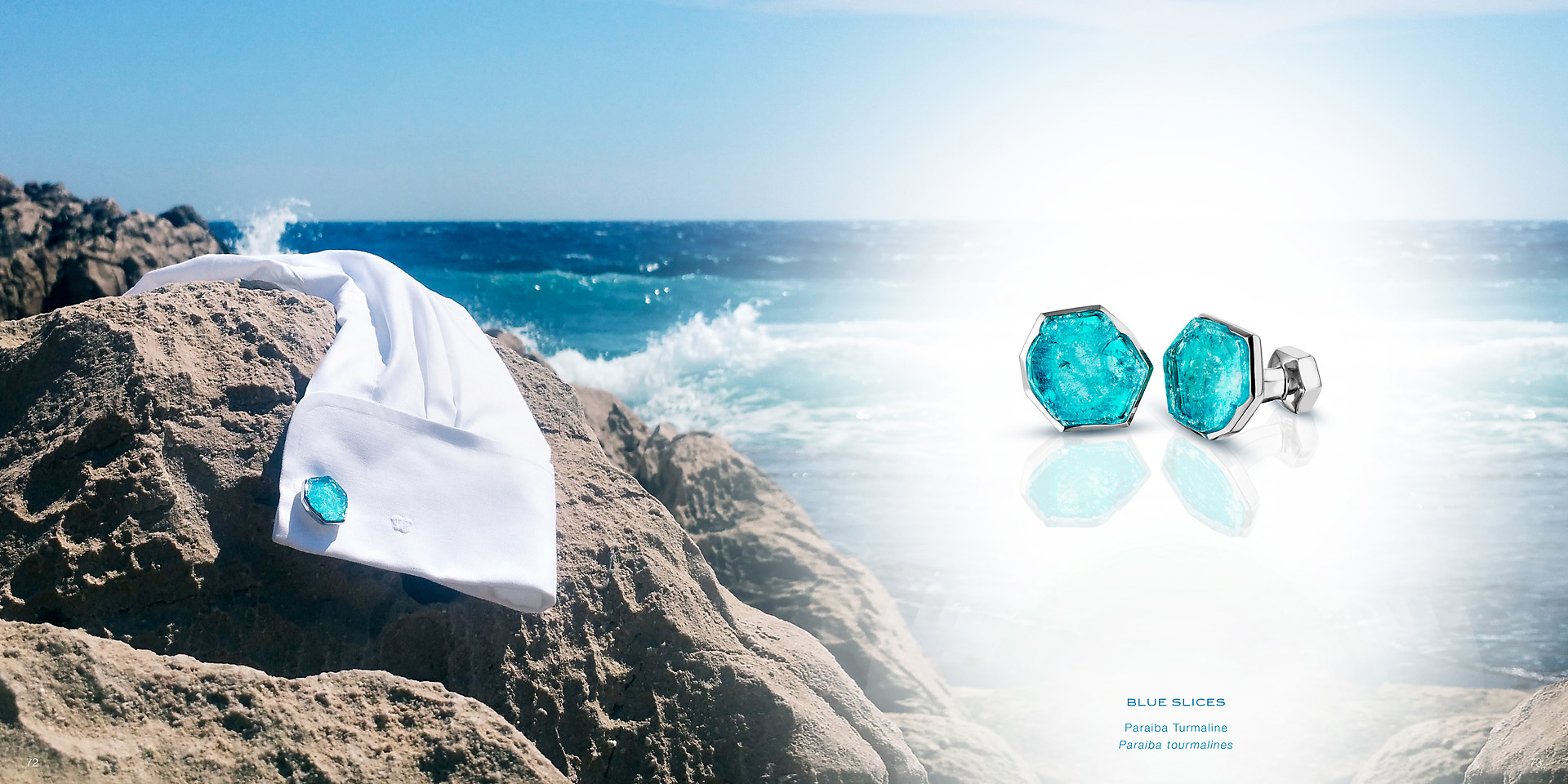 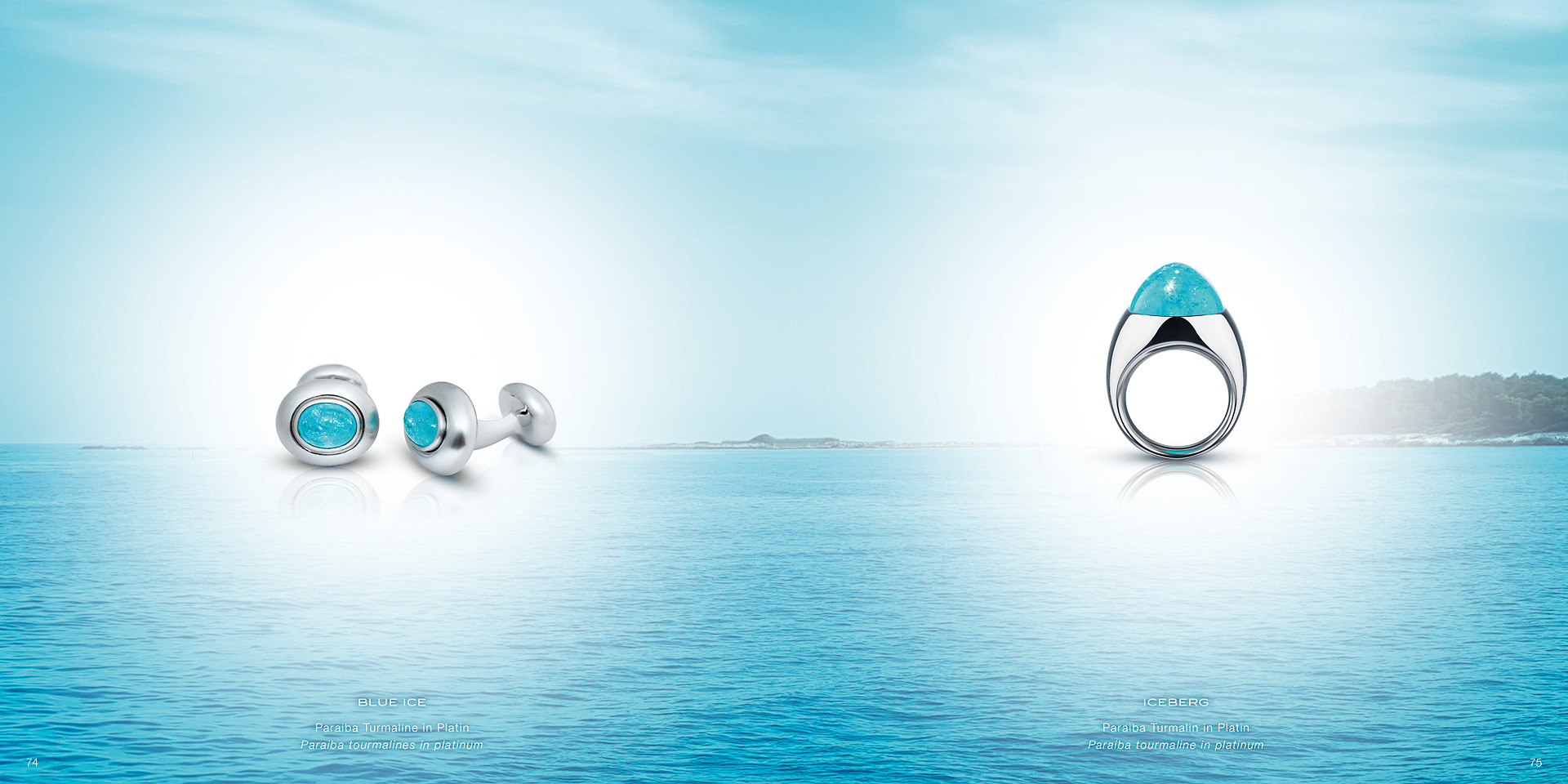 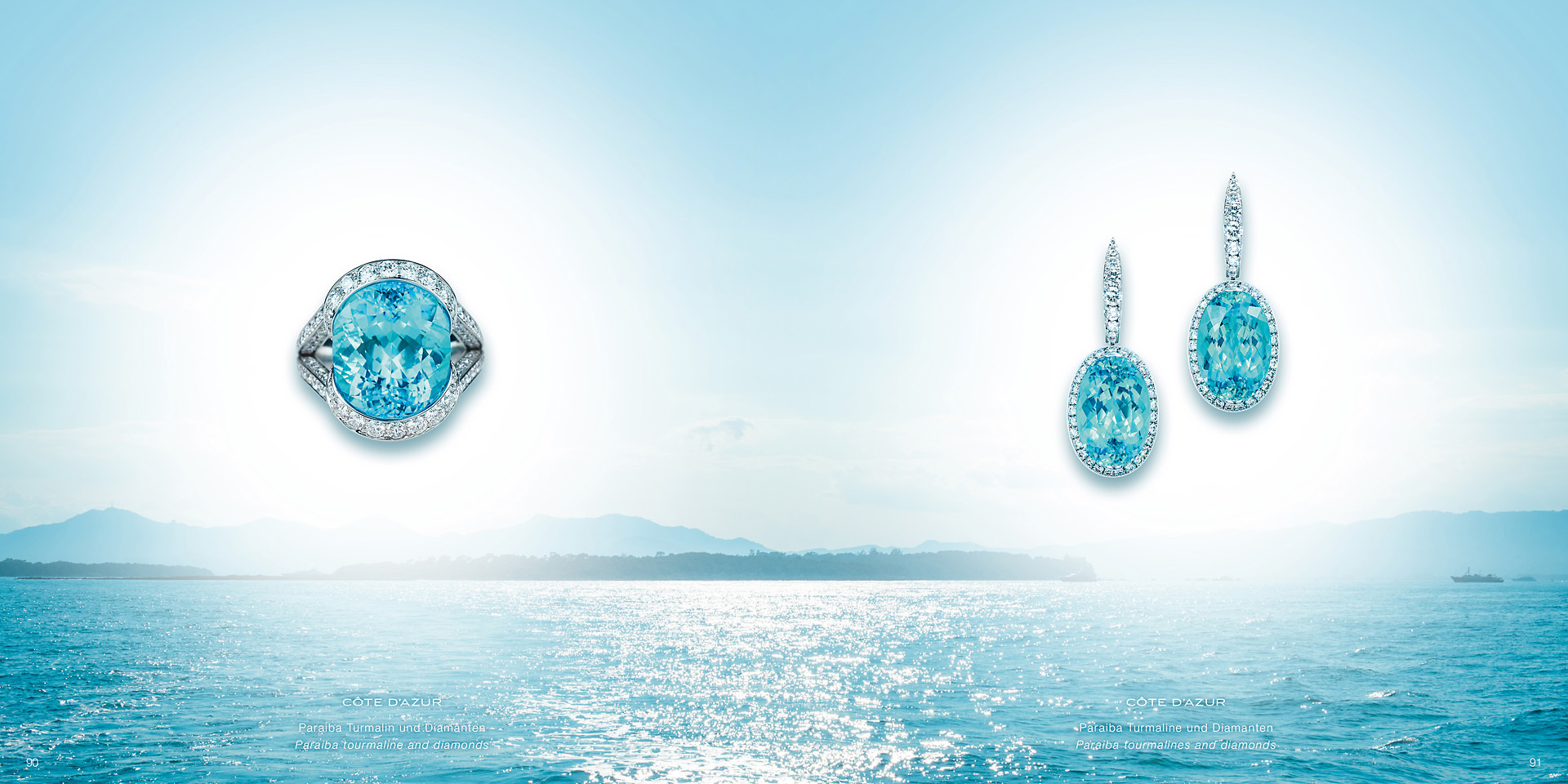 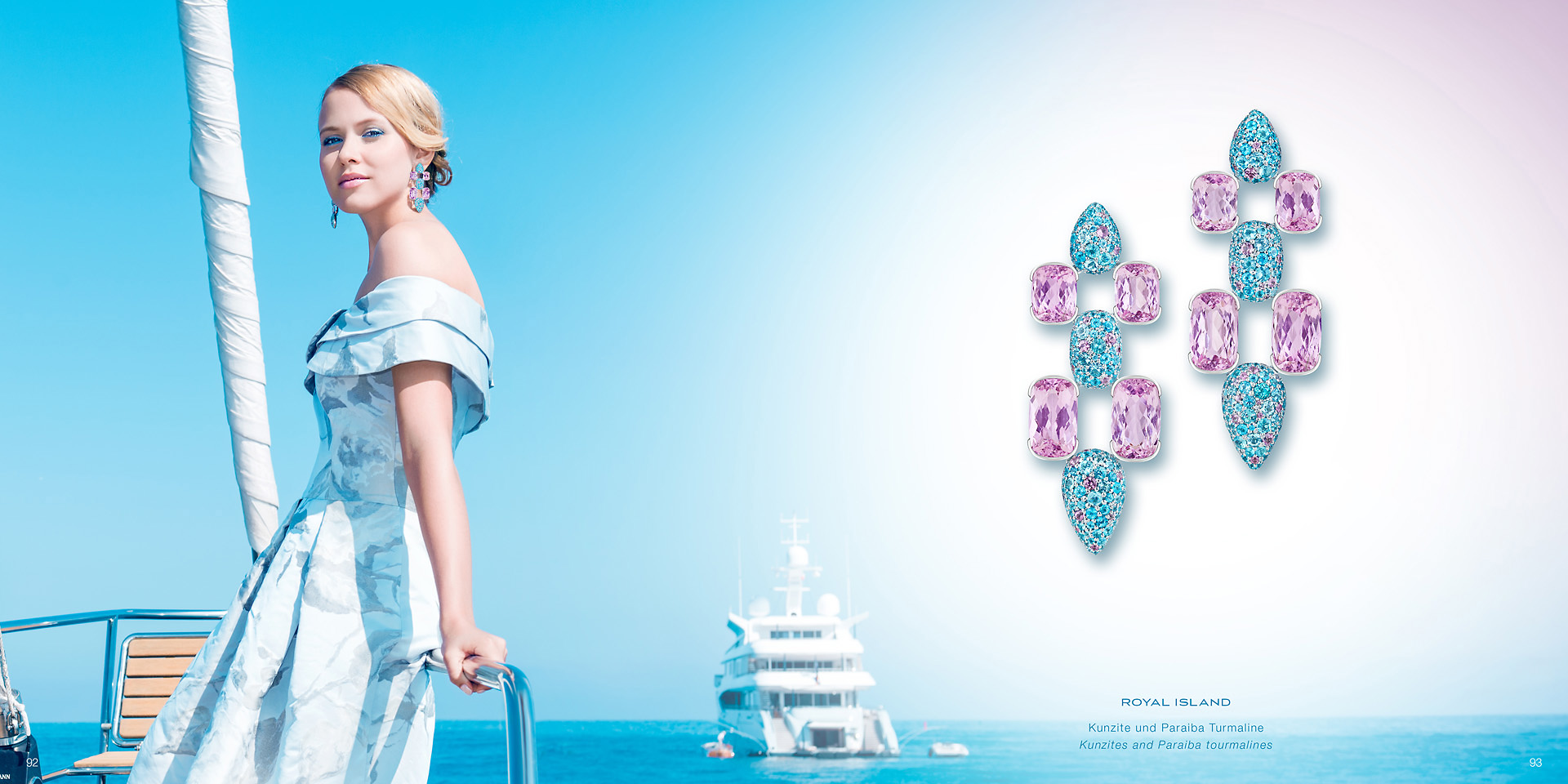 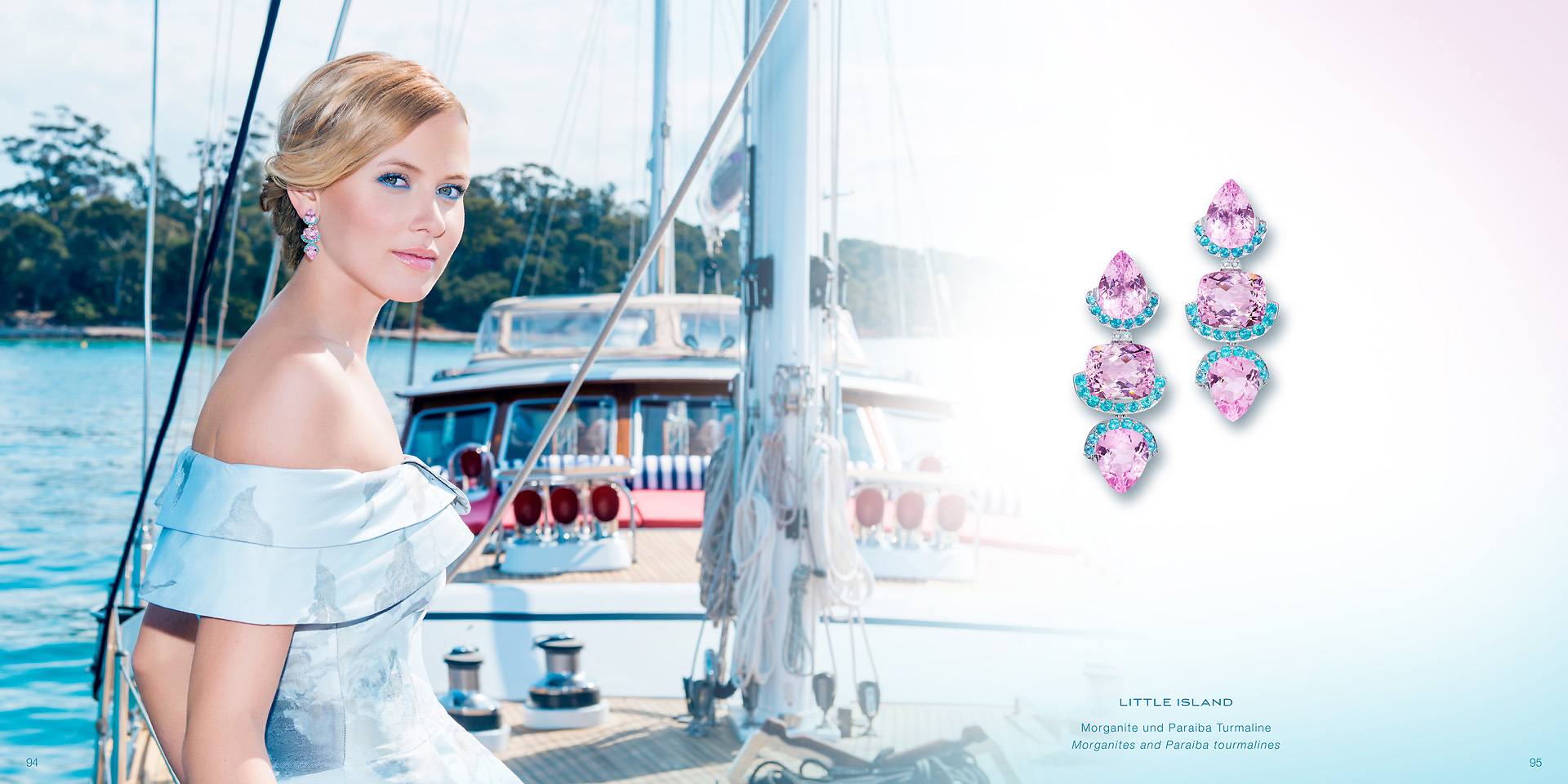 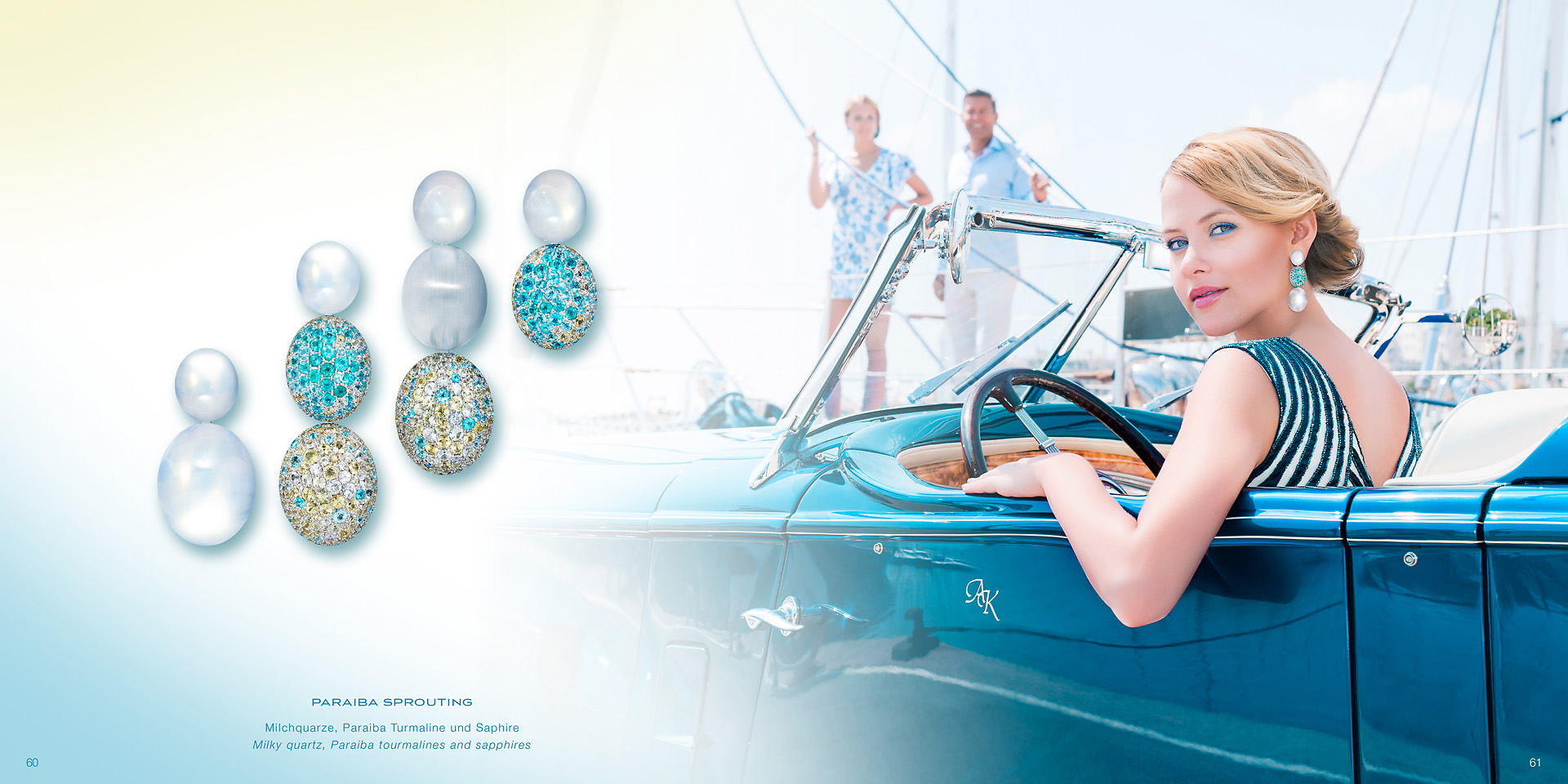 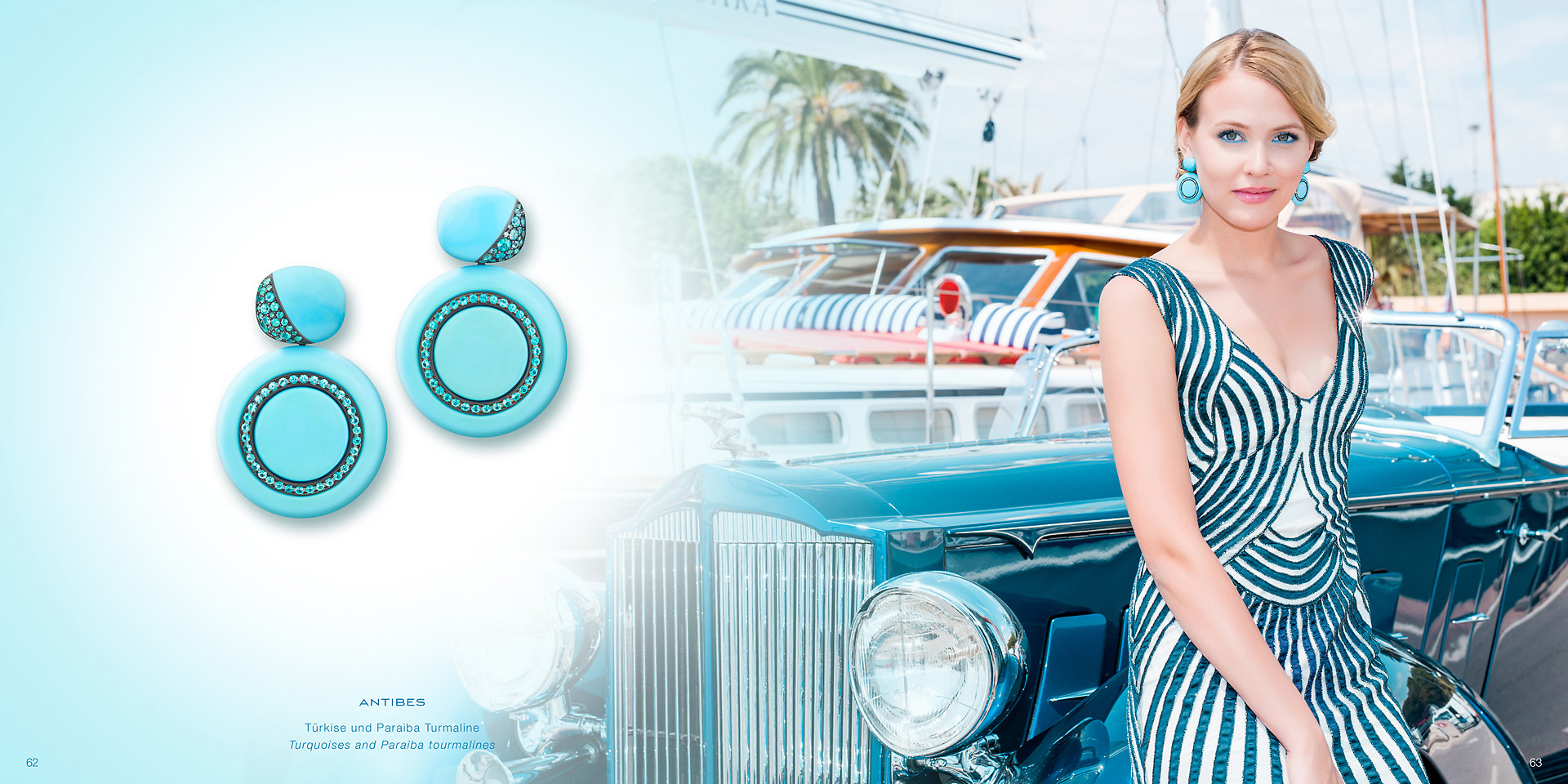 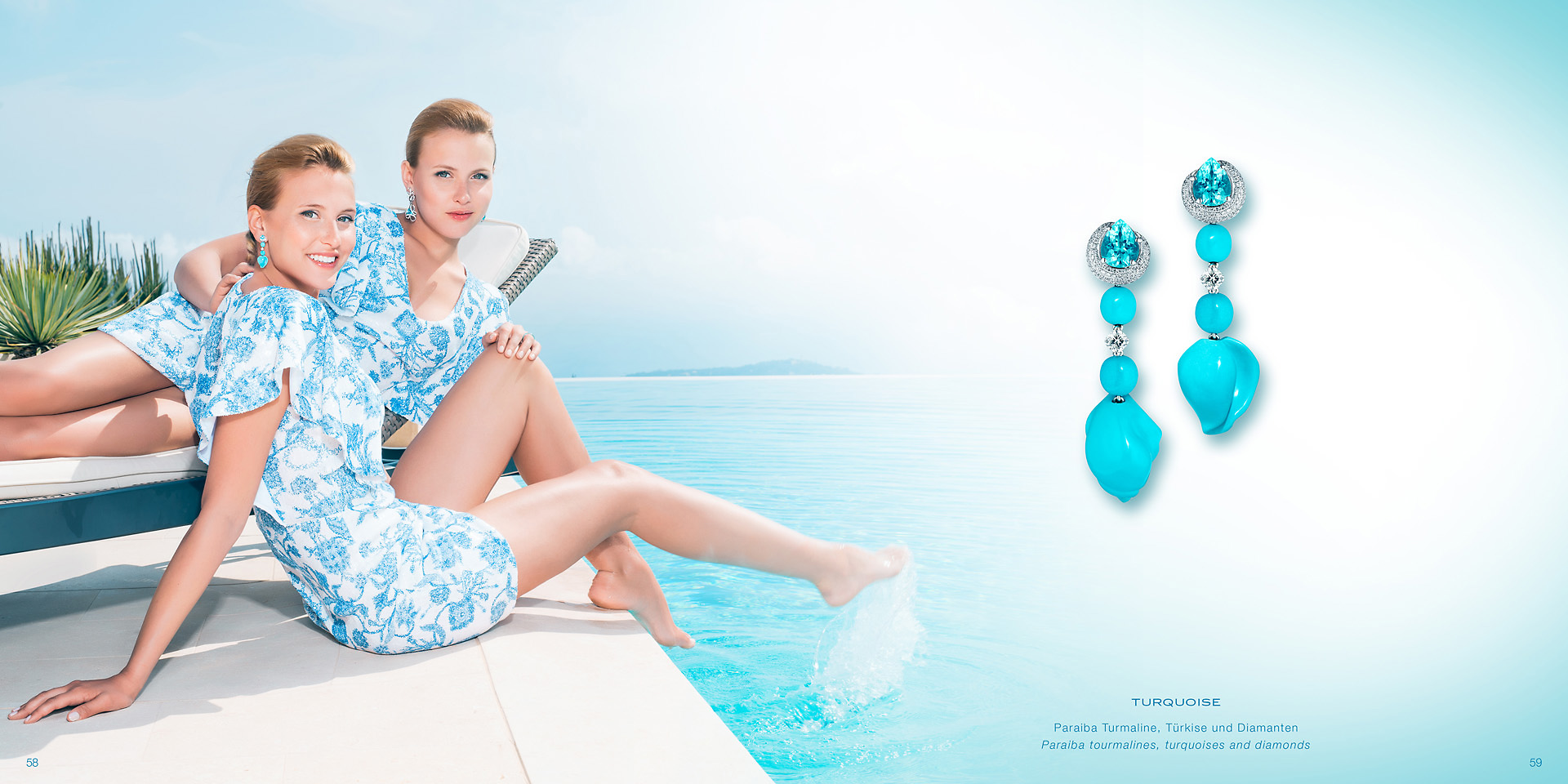 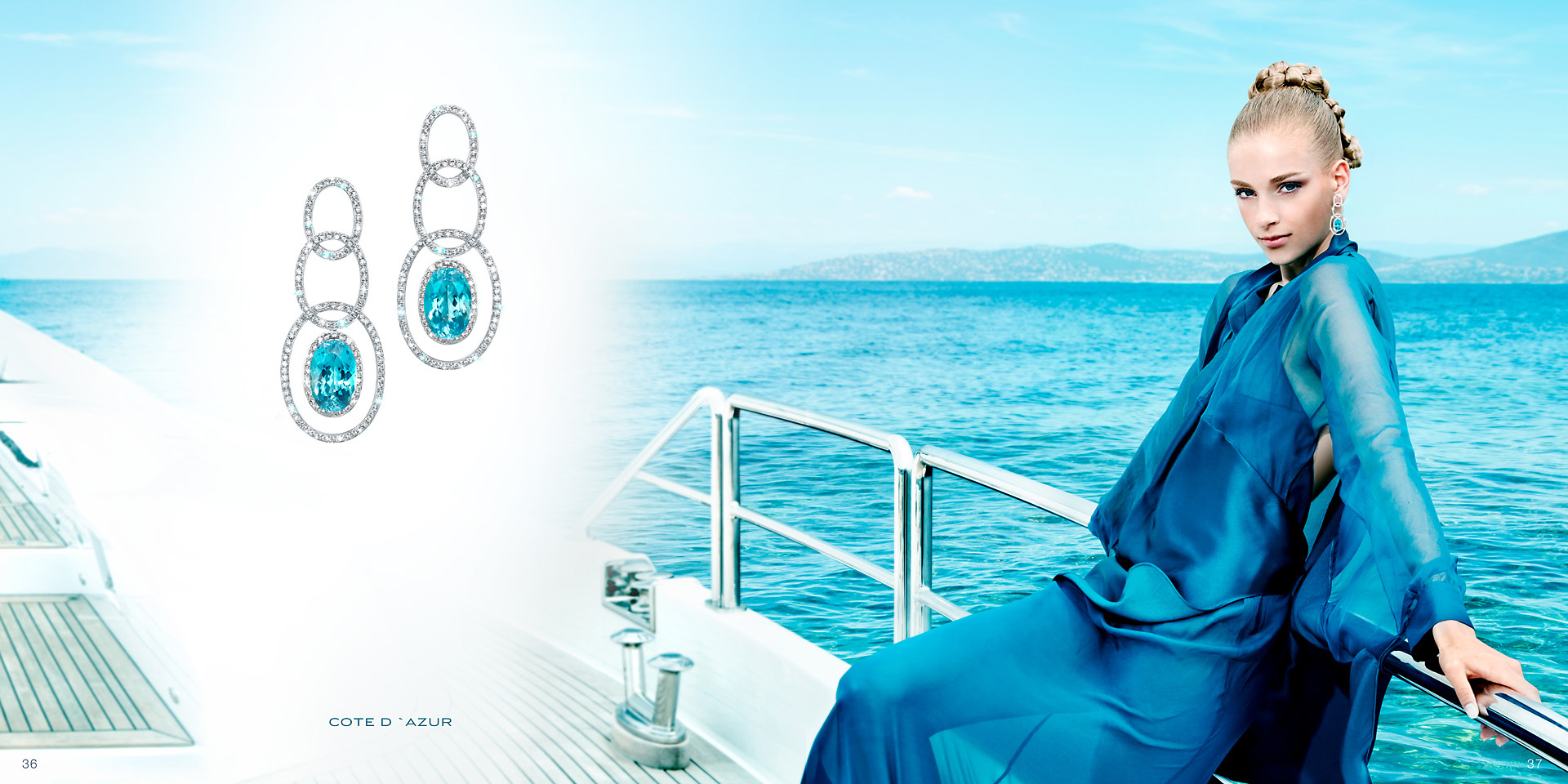 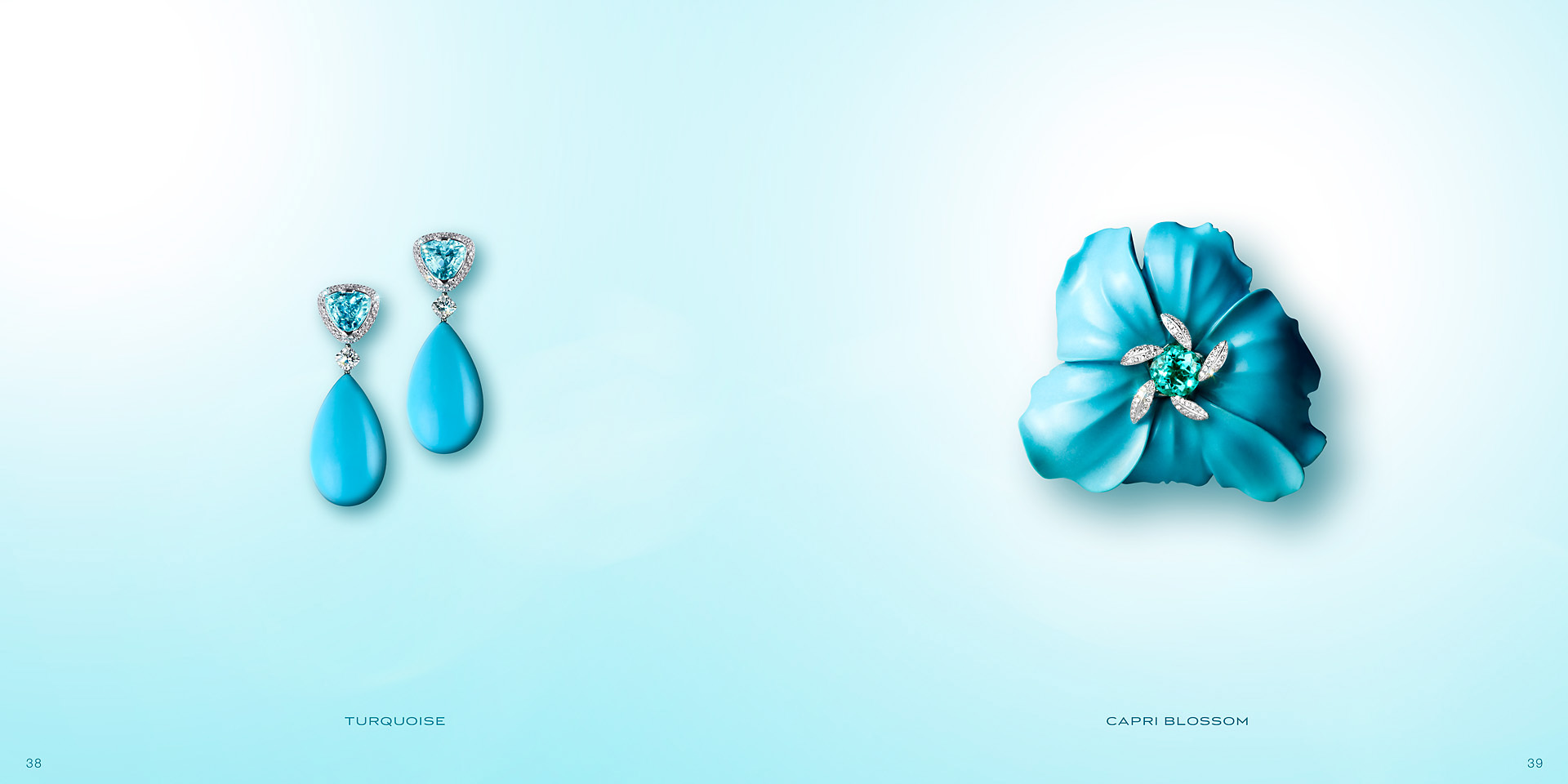 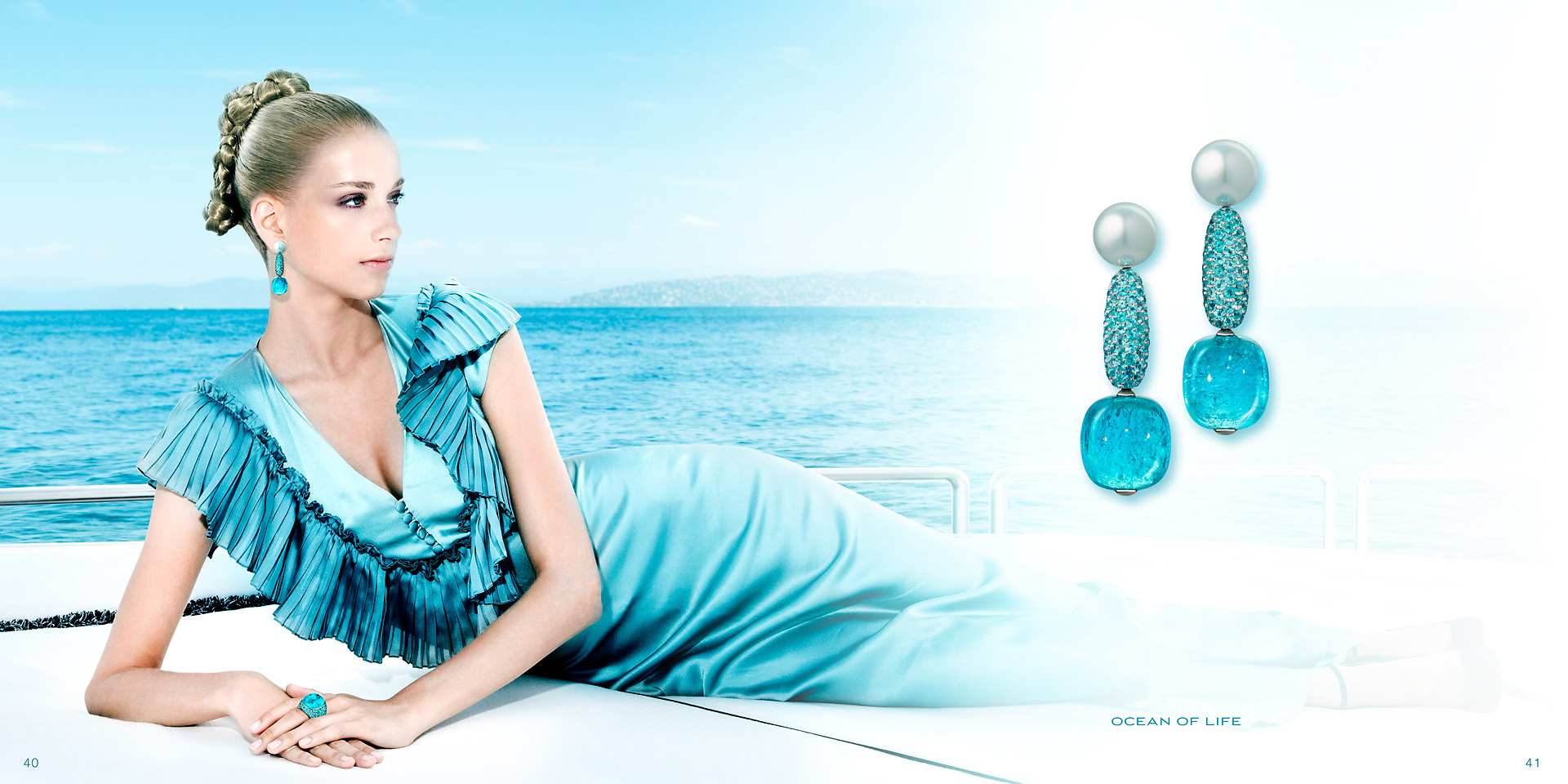 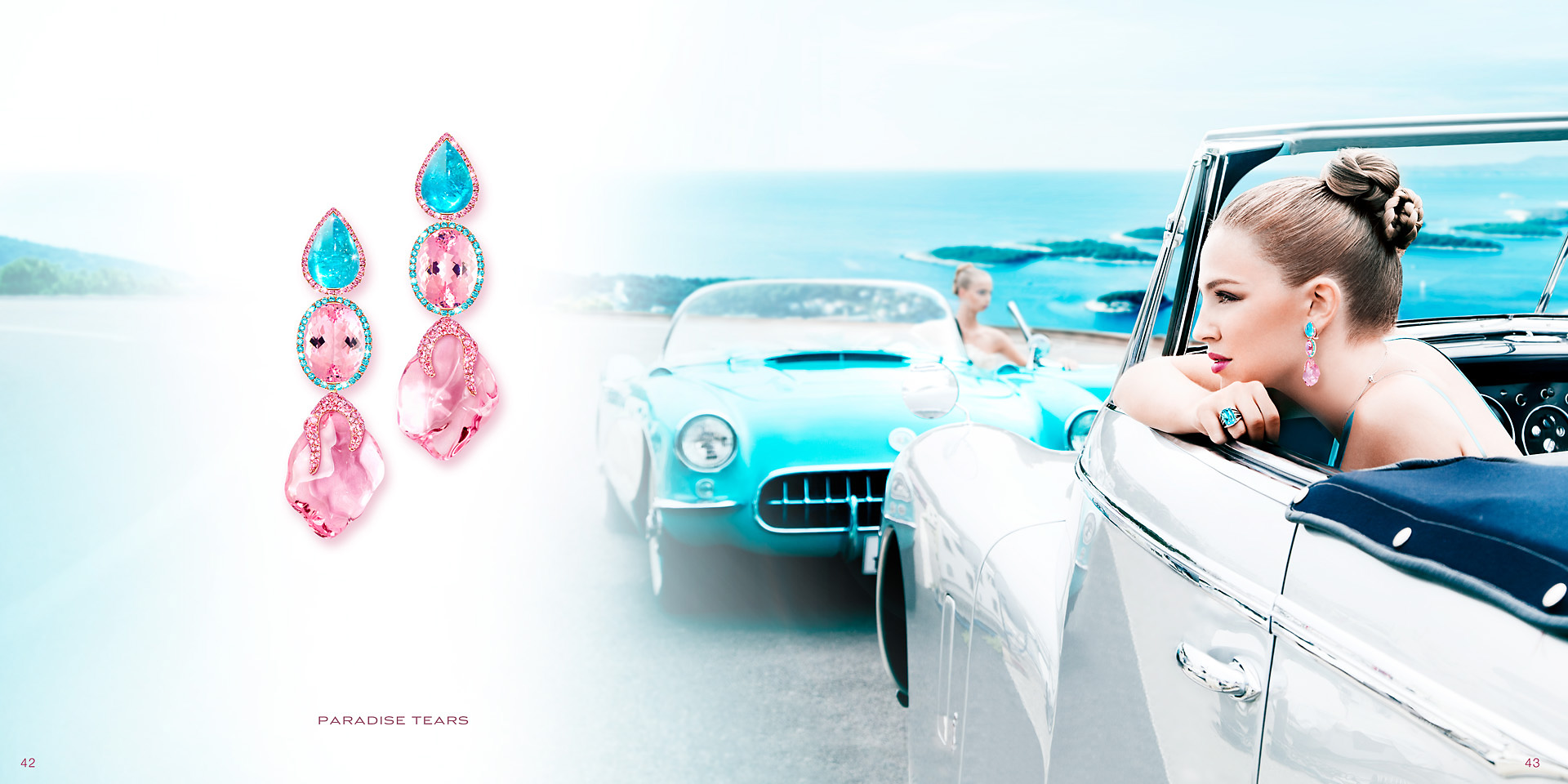 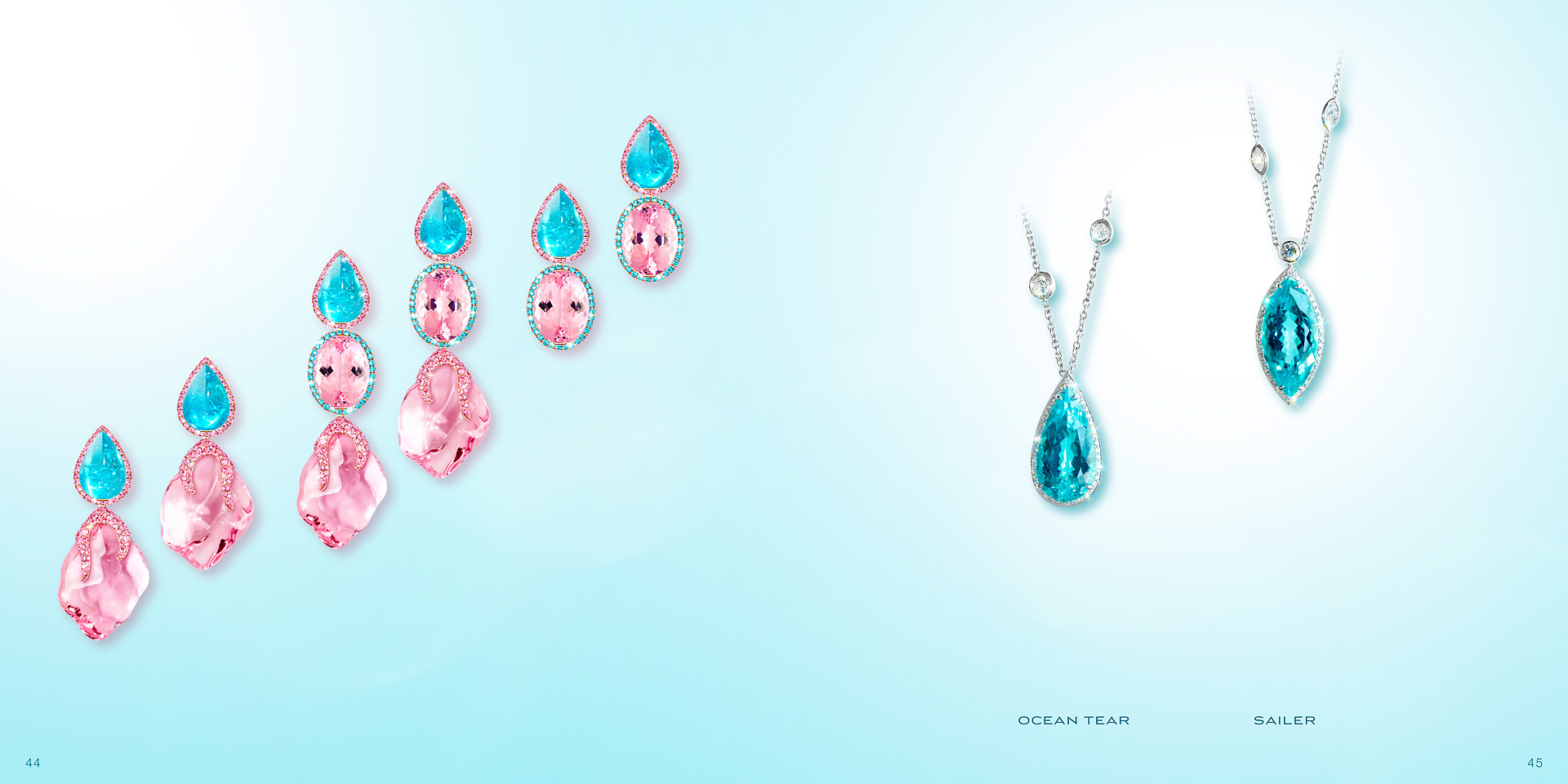 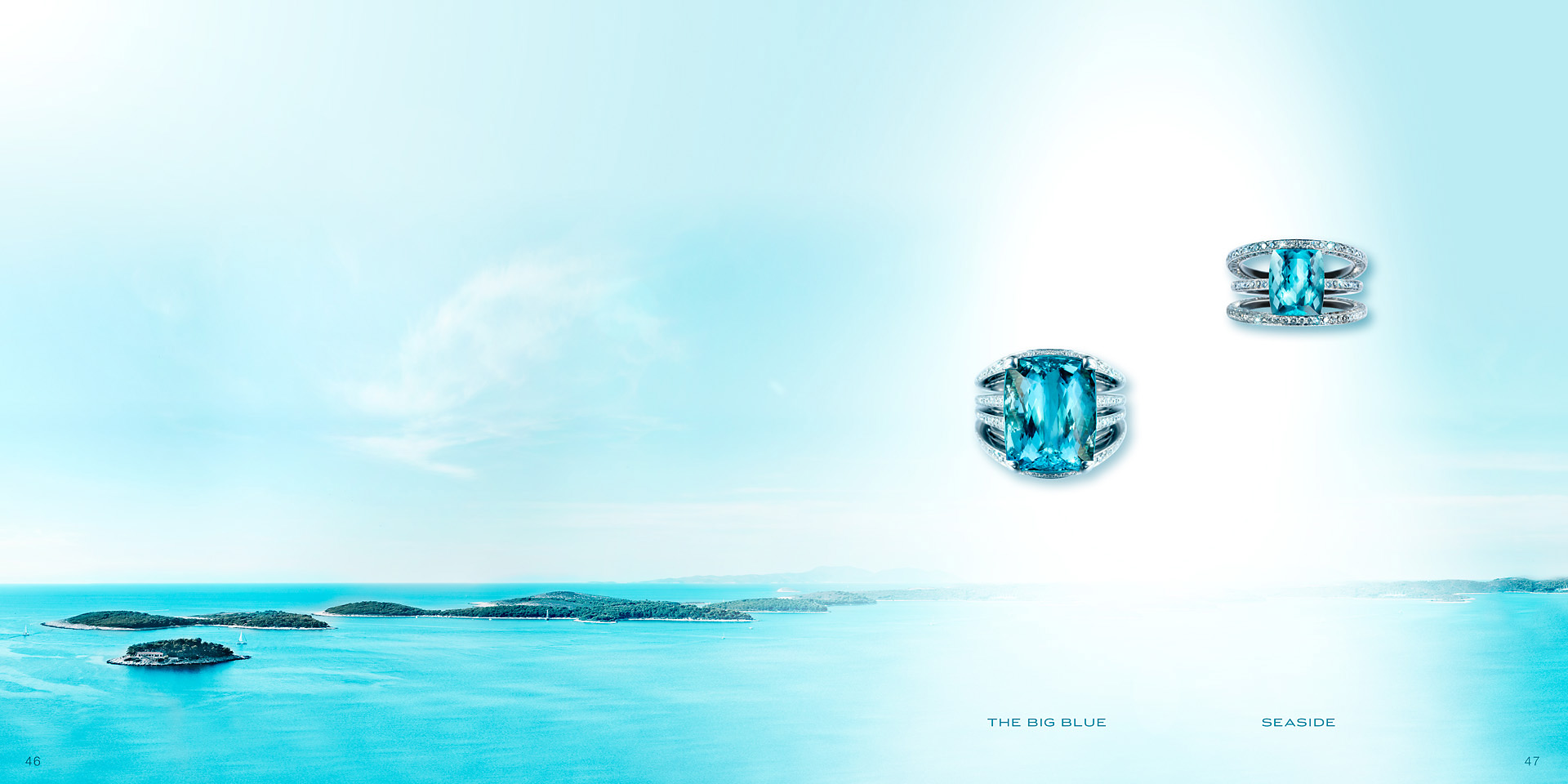 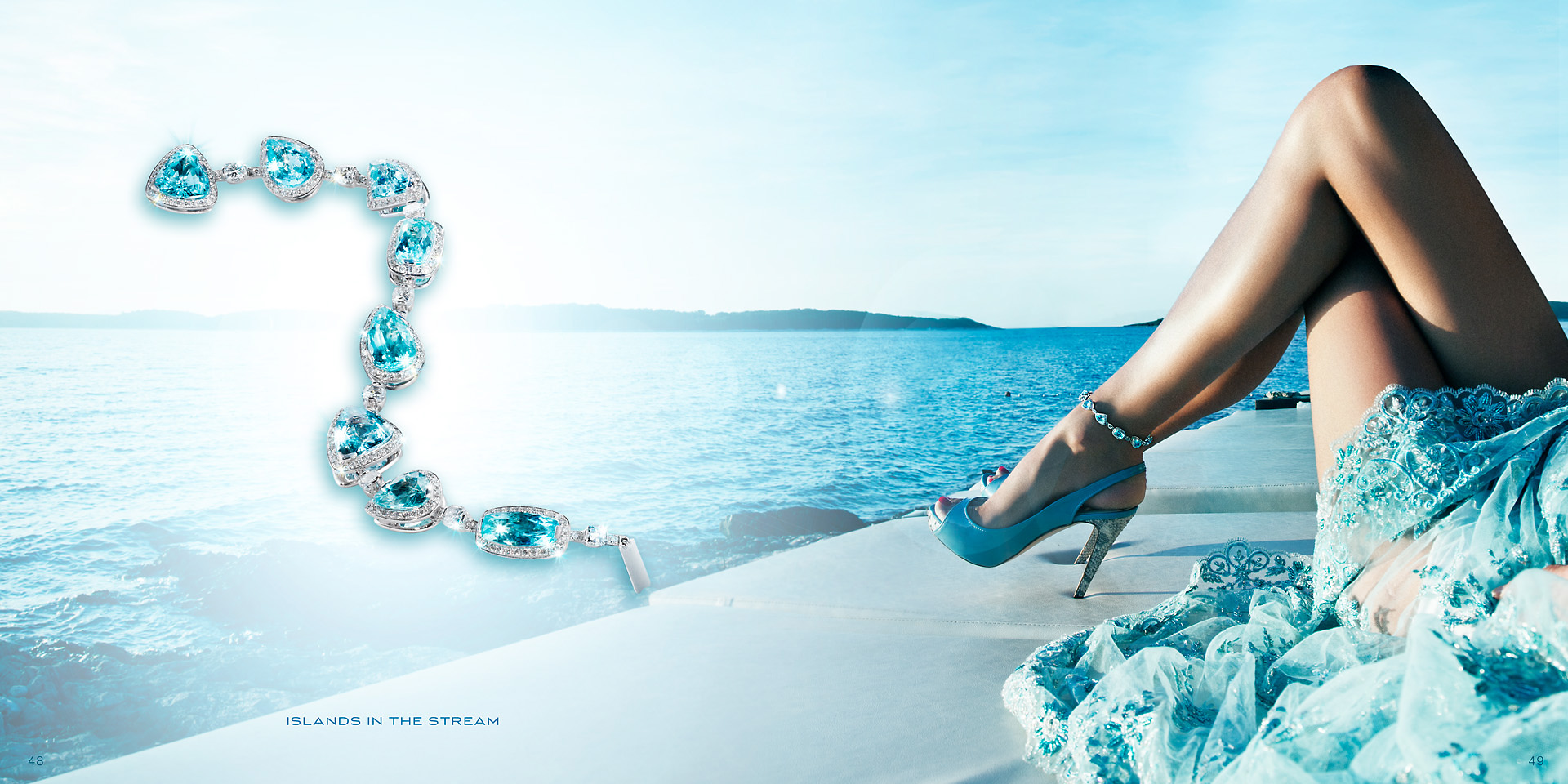 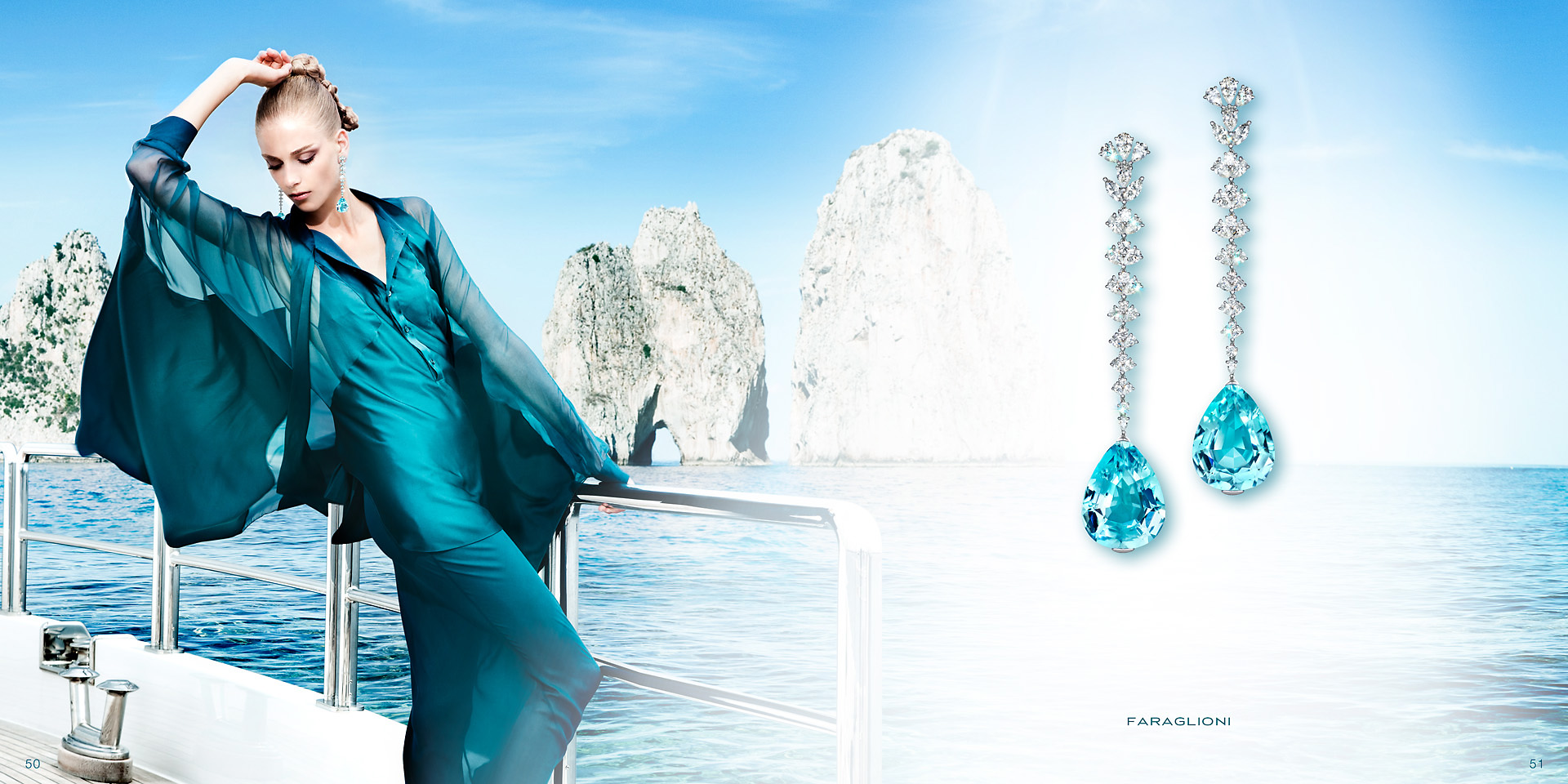 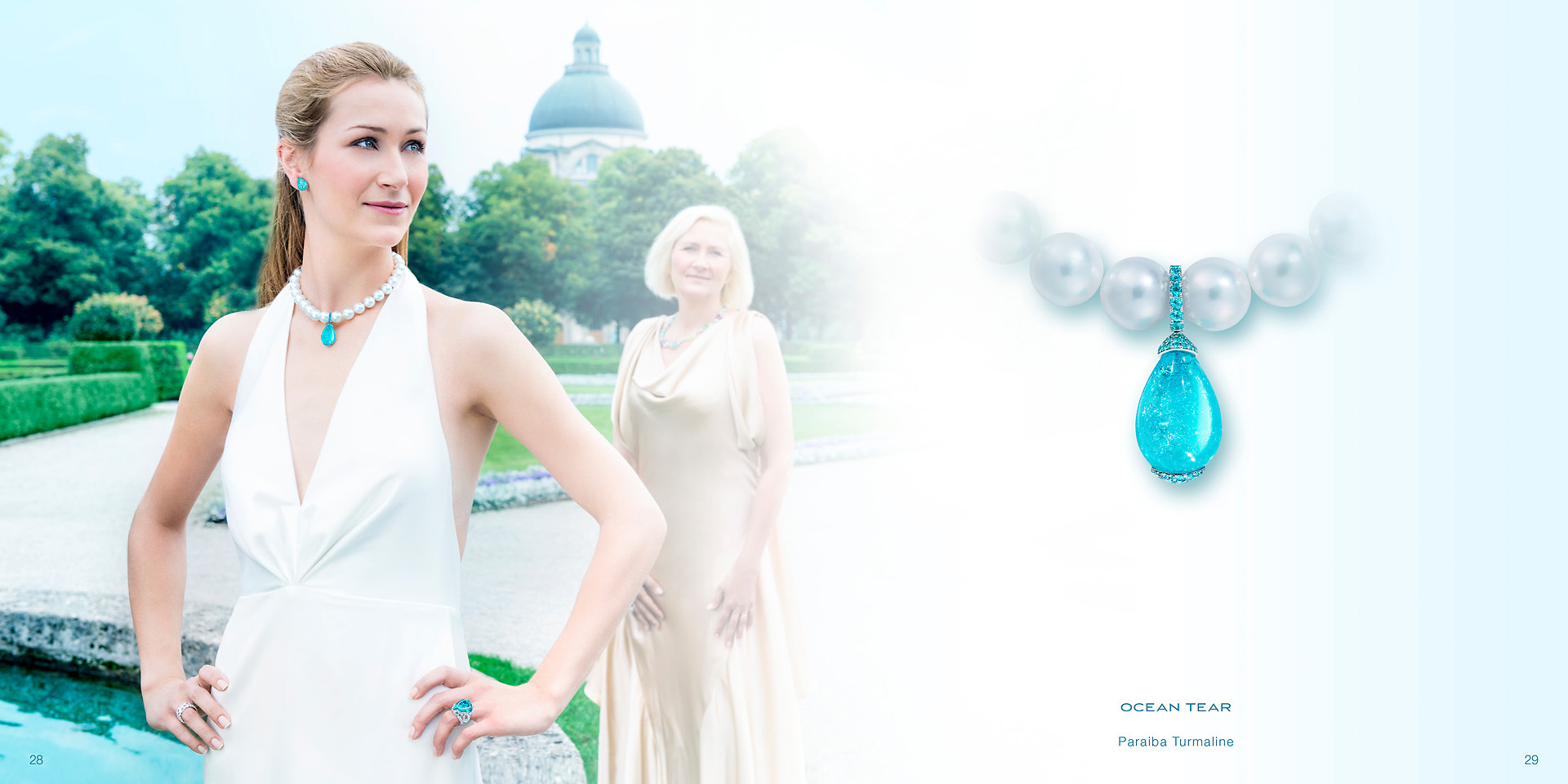 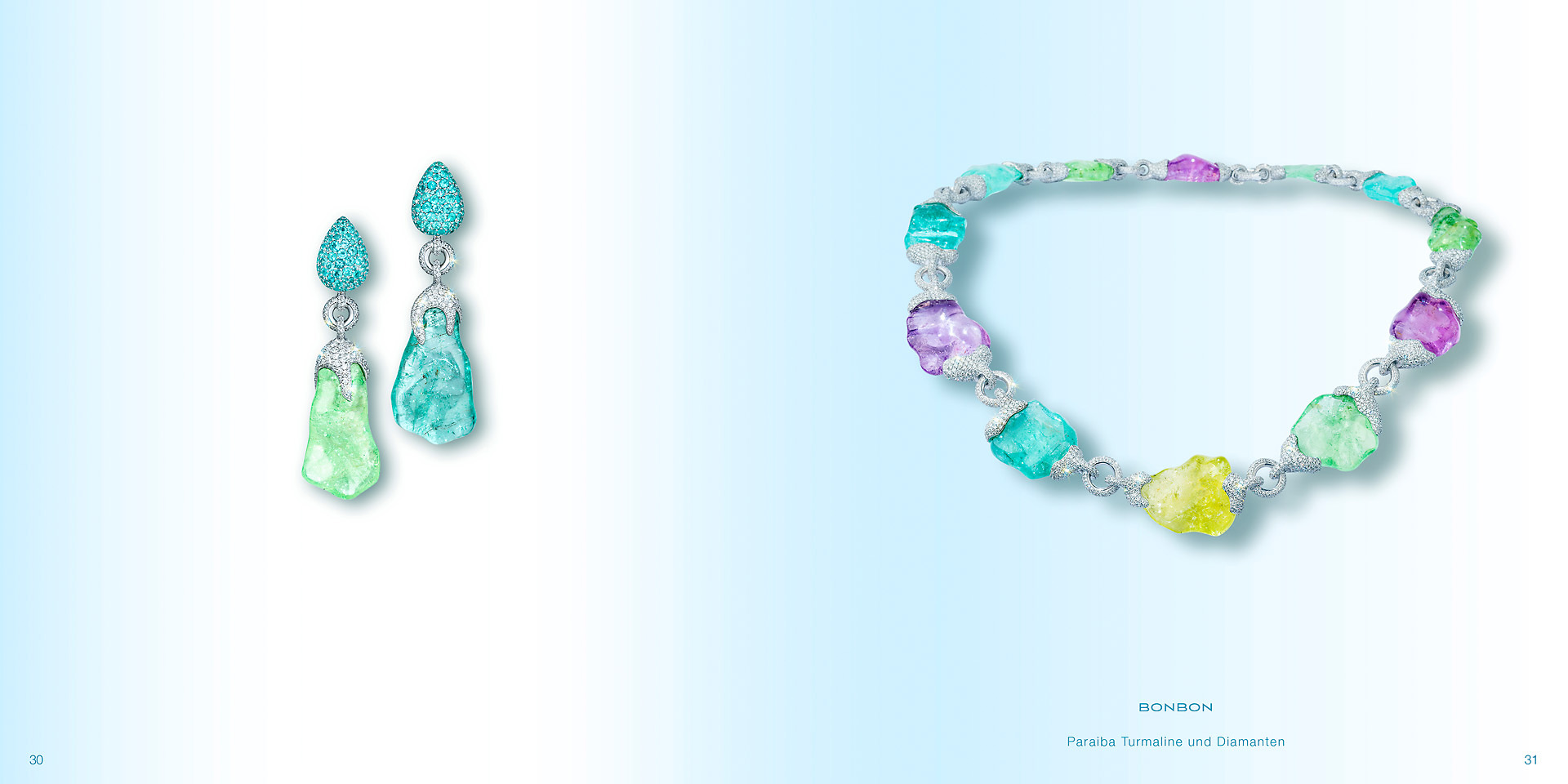 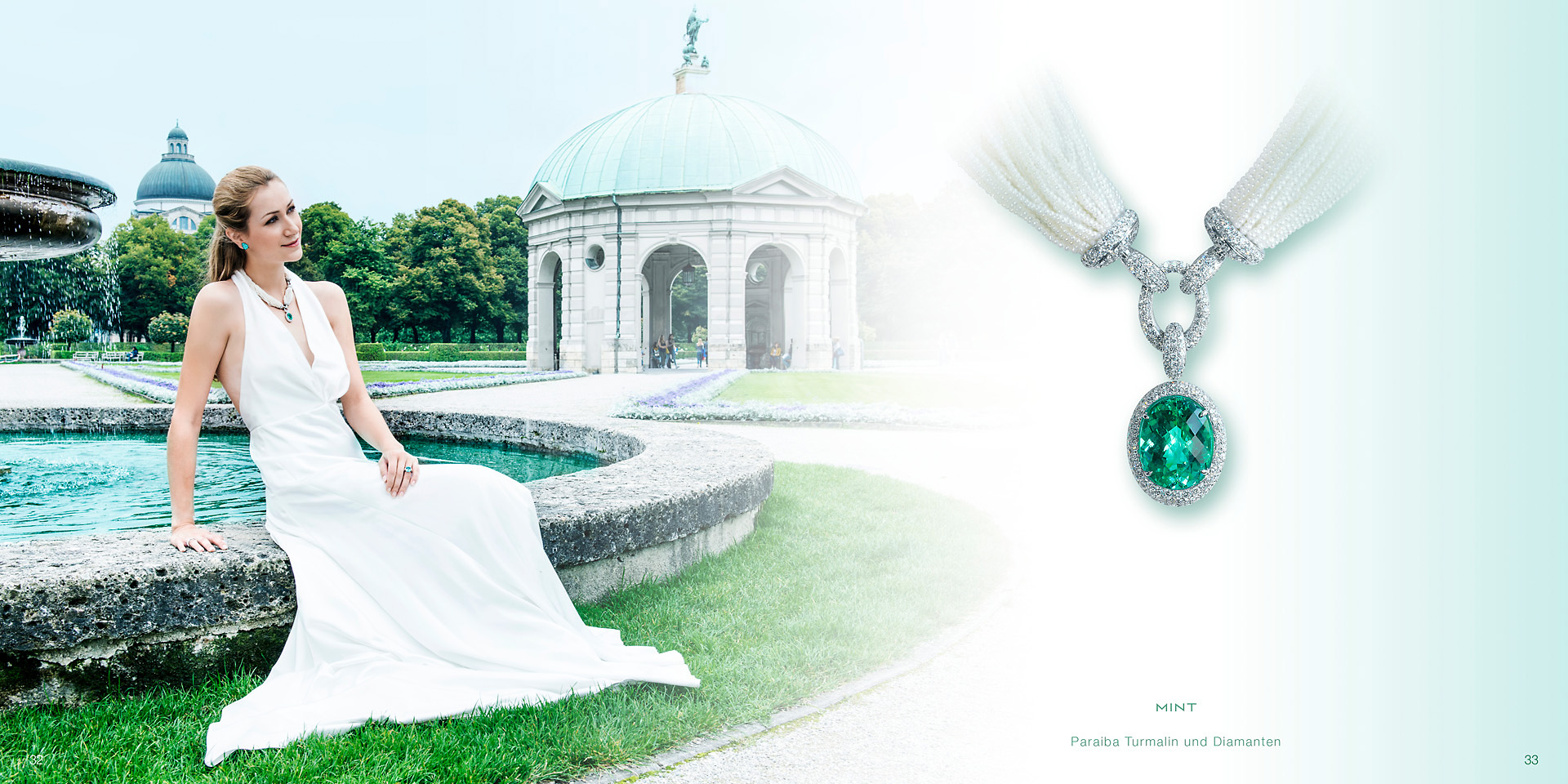